Everything about politics lately feels like a loss of common sense and a march towards mass confusion. I do not agree with everything said by this guy, but I found it to be a fascinating read. Democracies end when they are too democratic.

At 9:30 AM, I got a call from the doc’s office. The woman had such a heavy foreign accent, that I struggled to comprehend what she was saying. I tried questioning her, but it was obvious she was just the messenger, and knew nothing about what’s going on. She said a letter had been faxed to the hospital I was in a year ago February. The fax told either the hospital or my old neurologist to give me IVIg. Huh??? I already told the docs that the neuro said I was too complicated for his practice and was supposed to go back to the U. I cannot do that because the U has some kind of weirdness about people with MG. According to them, we all have conversion disorder. The neuros there are way more interested in ALS. Most people in Utah that I know, go find an MG-friendly neuro not in the U system.

So….what’s up? Why would the docs try to get my old (good) neuro to take me back? The poor guy bowed to pressure from his colleagues. I feel bad about the hardball my neuro, neuro-optalmologist and internist have had to endure on my behalf in order to treat my MG. And now the CNP and GP want the neuro to try to buck the system again? My first thought was how futile that is. Who can fight the U and their insurance? I already tried in court. Will any amount of arguing that I need treatment make any difference? Are my docs naive? Are they brilliant? Are they clueless? It will certainly be interesting to see what twists and turns this takes!

Yesterday I sent all the medical records from my good neuro to the CNP and GP so they had ammunition to fight for IVIg approval from my insurance. I did not expect them to try to recruit him in the fight! I explained how the U neuro told the judge that he was going to give the good neuro “a talking to” for treating my MG….and the next thing I knew, the good neuro that had fought so hard for my infusions and given me IVIg in ICU had dumped me as a patient….by order of the evil neuro at the U. I also pre-emptively forwarded the letter from my mental health counselor stating that I DO NOT have conversion disorder. I’m sure glad I ran to the mental health agency after all the BS from the evil neuro trying to avoid treating MG…by telling the judge that I had conversion disorder instead of MG. Funny that the U tries to pin Munchausen’s and conversion disorder on me (and many other MG patients), yet they never once referred me to a shrink.

It would be wonderful and amazing if this whole quagmire could have light shown on it by people capable of influencing the system. It’s not easy to fight big egos and monetary interests. Can it even be done? Will the U keep up the threats and coersion so that docs cannot treat me? Feels like a spy novel. Sigh….

All day I have had mind-piercing photophobia. Any light hurts my eyes and my whole head wicked bad. Closing the blinds just wasn’t enough. I took a 4 hour nap. When I woke up I was confused about time and place. It took awhile to feel cognizant again. Now this evening, the photophobia is just as bad as it was this morning.

In my past, the only times I have felt like this are when I had mono, aseptic meningitis after IVIg and when I had the worst WNV and it was presumed to be affecting my meninges. Anyone with the sort of symptoms WNV gave me is assumed to have had some degree of viral meningoencephalitis. I had a lumbar puncture, but from what I know now, it was not at the right time as WNV progressed. It’s only in hindsight that many of us West Nilers are labeled with viral meningoencephalitis. I’m not sure any of that matters. What matters is the photophobia happening NOW that has been getting worse for days. I have whole head pain at the almost unbearable level at some point each day. My 800 mg Motrins and the steroids aren’t even touching it.

Another thing I need to talk about is my fluid system. It’s nuts! I often talk about me being a bag of water. Medrol, unlike prednisone, always makes me pee more. This is getting ridiculous. No matter how much I drink, I pee out even more. My skin is dry. I am dehydrated. I have been craving salt like crazy, but it’s not helping to keep enough fluid in me. I have been putting obscene amounts of salt on my food. Usually that would gross me out…but now if I don’t get enough salt, I am very nauseous. The CNP says it’s my autonomic nervous system gone haywire. That’s what lots of docs in my past have said, too.

But DANG!!!!!!!!! Somebody has to do something pretty soon! I feel horribly awful today. It’s the old feeling that I have been kicked in the kidneys by pointy cowboy boots. It scares me that the cat wants to lay up against my kidneys and that she has gently pawed at the spasm in my throat. What does she know? How does she know it? Her little face looks very concerned and she meows. I think my kidney area is hot. She’s a heat seeker.

I have been having the same sensations in my hernia that I feel in the swollen purple veins of my hands. When I first stood up after my nap, the pain and weird feelings from that almost made me faint. Something is very wrong with my abdomen. It’s rigid, and when touched, sets off a whole flood of spasms.

With me, things are always getting better and worse. It’s hard to know when worse means I need to beg for medical care. I don’t care if this stuff kills me….it’s the in-between place of feeling neither alive nor dead, and in lots of pain that scares me. Tonight it feels scary. 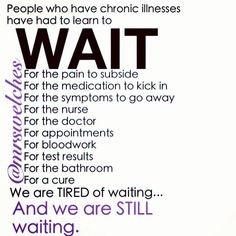